The Consistent Irregular Update Number....Well You Tell Me... 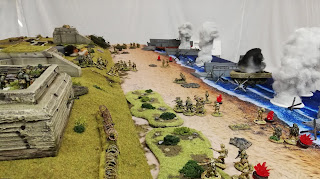 It's been a looooong time since my last hobby round up/update thingamabob and, since I like to do these things in a fairly irregular manner (I say that with the intention of giving impression that there is some kind of plan behind these blog posts; don't be fooled, folks, nothing could be further from the truth) I thought it was time to bring you up to date with what I have been a-doing...well, I thought that about two weeks ago, so here it is right on time...sort of....and in no particular order or chronological sequence

Bolt Action/ Chain Of Command British Airborne Force
An age ago I bought a lot of Foundry British Airborne figures from Colonel Bill's. I love these figures, sculpted by the Perry Twins. They are fantastic looking renditions of British Airborne troops (the figures, not the Perry's 😁) and I had often admired them on Foundry's website so the chance of getting a whole heap of them at a most agreeable price wasn't to be pondered over for long; it was in for a penny, in for a pound and I bought pretty much all that Conley Bill's had at that time.
Rather coincidentally, this was around about the time of the Bolt Action Market Garden campaign supplement release, so there was plenty of justification for buying. And I have a hankering to play the Kampfgruppe Von Luck pint sized campaign for Chain of Command at some point in the future.
Initially I painted enough for the first couple of scenarios from the BA Market/Garden book which involve very small forces; a couple of sections and, in one case, three light mortars (I got these from Artizan Designs as Foundry don't produce light mortars teams) but over time I have overcome my reluctance to paint camouflage patterns and a couple of weeks back, I painted up some support units for them; too whit, an MMG (from Crusader Miniatures) and medium mortar (from Artizan Designs) and a light howitzer (from Warlord Games) which rounded out my force for Bolt Action and easily gave me enough figures for the British Airborne forces in Kampfgruppe Von Luck.

However, I felt a jeep was needed if I had to move the airborne's artillery about (I also have a 6 pounder for these fellows too) and searching the net I thought that the 1st Corps jeeps looked just right (I discounted the Warlord Games one as I didn't want to pay extra for a trailer that wouldn't get used) I (fairly) promptly ordered one. Sadly I have to confess to being somewhat underwhelmed with the jeep itself. The crew (not pictured here) are fine but the actual jeep itself, despite being a nice sculpt, is too small. Bum!!

Well, waste not, want not is my motto (though I only faintly adhere to it) so the jeep will join my pile of scatter terrain wrecked/abandoned vehicles whilst the crew will be fitted out with one of Anyscale Models jeeps to help them fulfil their mission.

Painting
I have done quite a bit of painting since my last update as you might well imagine; here's a selection below. 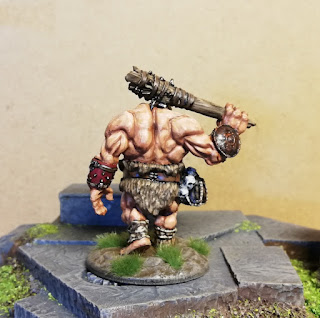 Most of my other painting has been Soviets and late war US infantry that have featured elsewhere on the blog, I am sure. Now, with the country in virtual lock down due to the Corrona Virus (while your's truly still has to go to work) I am trying to be a little more focussed on the various projects that are bubbling away on the back burner with a view to completing at least one of them (gotta have an ambition, right?).
One project in particular is a theatre selector force from the Fortress Budapest campaign book; too whit...ahem...the Forward Detachment Reconnaissance Party Reinforced Platoon...phew, that's a mouthful, think I'll just dub them the FDRPRP....think I'll just dub them the Forward Recce Platoon...
Now I already have the figures for this lot however these chaps are mounted in Lend-Lease vehicles; Universal Carriers, M3 Scout Cars and jeeps and as they all must be carried in transport vehicles I had to splash out some dosh and buy the necessaries in the shape of three Universal Carriers from Warlord Games and two Rubicon M3 Scout Cars. I also bought two jeeps from Anyscale Models.
I have also added extra crew figures to the vehicles made up from (very slightly) converted plastic Soviets to avoid the empty vehicle look.


There is a specific mission in the Fortress Budapest book where these chaps are involved which involves them pushing into the heart of Buda almost reaching the Szent Janos Hospital (map below). 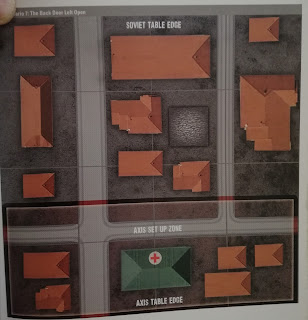 Now we have lots of nice terrain between us, intact buildings and all that jazz but I had bought, in a mad moment of frothing, 4Ground's Stone Hotel and the build of it had been stalled as the eternal waiting for the PVA glue to dry was, frankly, driving me nuts.
However, it would make an impressive, if not very accurate, Szent Janos Hospital building so I have dug it out and plan to crack on with it....especially since my nearest and dearest wouldn't take the bait when I said it would be a great hobby project to keep her going during the lock down.

And no hospital would look right without an ambulance outside it, would it? So, I indulged in one of Anyscale Models Opel Blitz Ambulances. My quandary now is do I paint in early war colours; Panzer Grey, or late war cammo? Decisions, decisions.... 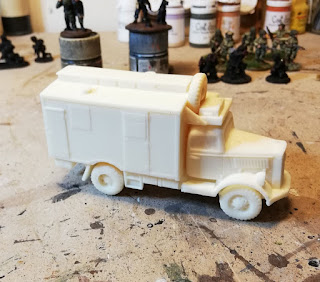 Anyway, such quandaries are mine to cope with. For the moment that's this update at an end (thank goodness, I hear you cry) Thanks for sticking with it to this rather dull ending...Hey, it can't all be guts and glory 😁

ps. In case you're wondering, the photo at the top of this post is from one of our two recent D Day beach landing games; more of which soon

We're back with Thud & Blunder for this post and it's to introduce my next warband, that being the Free Swords Guild; ... 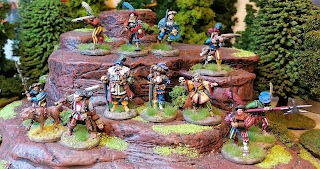